The Lagos Dialogues 2014 will take place at the Golden Tulip Hotel, Festac, Lagos. We invite you to attend this ground breaking international conference and dialogue on buildings, culture, and the built environment in Africa. Hosted by the organisation ArchiAfrika, based in Ghana, with support from organisations and institutions throughout Africa, and across the world. Its main aim is to provide a venue and forum for discussion, debate and academic discourse on emerging themes related to the African City and the built environment on the continent.

The event is unique in gathering together both scholars and creative people from Africa to provide a forum to share and debate their ideas on the key themes which are shaping Africa’s buildings and urban environment, through a number of cultural and social lenses, including literature, art, and the traditional built environment disciplines.

There are five thematic areas that will be covered:

Theme 1 : The African Diaspora – Culture and the Inter-disciplinary Arts 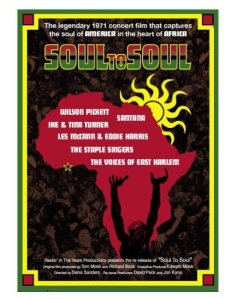 From the Harlem Renaissance to the Black Arts Movement, and across the Atlantic to the Osogbo Movement, the Mbari Group and FESTAC’77, black culture has a history of interdisciplinary Arts Movements. Today’s contribution to this tradition is magnified and expanded by the ease of intercontinental connections, which has seen a more fluid movement of art, and artists across the Atlantic and other geographic and continental divides. This thematic forum explores what this movement has meant in the new reconstruction and reconstitution of urban culture across Africa and in its Diaspora. It is also charged to debate and explore the sources of today’s artistic movements as filtered through the productions of previous decades.

Left: Poster of the documentary, Soul to Soul. Photo: Wikipedia

Shedding the outdated definitions of culture and imagining new rubrics beyond the established Western paradigms of the Museum, Theatre or Opera House in which ‘culture’ has traditionally been housed and viewed. What are the new definitions of the culture house? This theme will deal with the exploration of specific 21st Century African typologies of performance, exhibition and entertainment culture, which demand a re-think of the dated paradigms.

Since the emergence of Timbuktu, Benin, and Zimbabwe and other urban centres in Africa, the notion of population hubs in Africa where trade, education or pilgrimage have taken place has been embedded history. More recently Africa is on course to have at least three cities with populations in excess of 10 million before the end of the current decade. Compounded with this are the socio-political forces which have rendered urban areas as either survivors of war, religious ‘cleansing’, ‘famine’ or conversely intense economic activity. 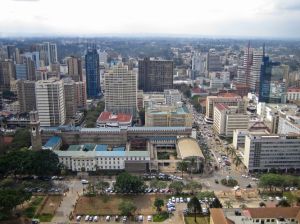 How do we now live work and play in our cities? How do we engage with the urban, sub-urban and peri- urban. Can we successfully use these models of cityscape within the informalities and different ordering that characterizes most African cities. What defines and projects city culture today? What distinctiveness does Dakar have from Johannesburg? Or Cairo from Nairobi?

This theme invites its participants to explore the African from various perspectives; the cultural – what is and what drives contemporary city culture in Africa, the economic – how can our cities compete economically with the rest of the global world through different flows, economic, technological and so on. Also, importantly how do we construct and build our cities to project their uniqueness and also signify their participation in global city discourses.

This sub-theme encourages participants to engage with the ever current discourses related to debates on how we ‘do’ housing in the 20th century. Particularly in the ‘South’, where statistics suggest the majority of our city residents live in ‘slum’ conditions. What constitutes adequate mass housing and what specificities define its delivery in African cities. Where does the discourse end and the practice begin. What are the real economic costs of delivering mass accessible housing to the masses, what financing, materials and technologies do we have to have to do this.

Theme 4 : The physical and virtual worlds of Africa 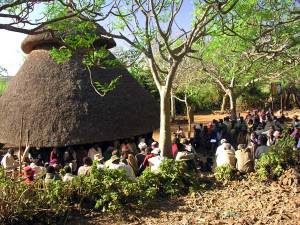 A public gathering in the Konso village of Gaho. The unique governance and community structures of the Konso Cultural Landscape were recognized by UNESCO. Photo: Yonas Beyene

Africa has rarely been away from the media – from the damning Casement Report on ‘goings on’ in the Belgian Congo, to the early filming of the African jungle in ‘Tarzan,’ to its portrayal as the hungry continent of war and famine. Recently the exoticification of Africa has continued at pace, from the East African Safari tourism to our 21st century preoccupation with slum and aid tourism.

What is Africa? Do we view it as a place as a concept and most importantly as a commodification in today’s media? What and how are today’s African spaces inhabited, and who mediates its presentation and objectification in the global arena? Arguably our built environment plays a crucial role in this process as the film District 9 blockbuster based in JHB, with Nigerians portrayed as criminals, used the Johannesburg streets to portray adeptly. In literature, Achebe, Ekwensi, Abrahams and others have all written with more care and narration about the city – as a backdrop to their seminal novels. How can our newly found and appreciated urban cultures and backdrops work more successfully in redefining or critically re-interpreting the African city?

How is freedom defined in spatial terms? Literary terms? Filmic terms? Have there been any historical shifts? How is public space defined? Spaces of gathering, debate, discussion, participation, spectacle, action, domain of common concern, sites of inclusivity and exclusivity. How is public space transformed, how it is defined?

Of all the mediums, print remains the most enduring and ubiquitous format, of media engagement and portrayal of Africa only recently being challenged in position by the Internet. The historic print media on Africa, from the Red Book of West Africa, through to the Drum, Lagos Weekend, to more contemporary publications such as Glendora, the Weekly Mail and Guardian in the mass media, to the special interest publications such as Building Lagos. More recently we find collections on Africa such as the Documenta Platform 9 collection, Sandbank City Africans and their afficionadoes have been publishing on and in Africa for decades.

How does this manifest itself in our understanding of our urban identity and our interpretation of urban life today? What will the future of print media in Africa specifically be as we all retreat to our digital devices? What will this mean to the city and how will it adapt? This forum is a cross over between the main forum’s focus on all forms of media and the final forum’s sub theme on new forms of technology in Africa. 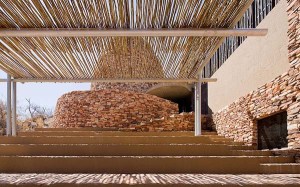 Since the 1992 Rio Protocol, Africans and others in the world have had to come to terms with the high cost of energy and the need to source and develop reliable and inexpensive methods of generating energy. For urban life, this also has meant exploring alternative cooking fuels and building materials that are locally sourced, less polluting, and meet with the expected contemporary efficiency standards, to meet with international sustainability standards. Also with the introduction of new communication technologies, such as “BIM” in the contract process, as well as internet telephony etc, African cities and their built environment can be connected with the world.

This thematic panel explores and engages in debate about what ‘going green’ and new associated technologies will mean for the built environment in 21st century African cities. Are new renewable energy technologies cost effective for power generation for urban Africa? Are the sustainable ‘low-tech’ materials fit for purpose in contemporary buildings, what non fixed-line, communications technologies are most effective for file- sharing as well as communications? In the particular case of Nigeria, Angola and other petro-economies, what happens when the fuel runs dry?

Error: Twitter did not respond. Please wait a few minutes and refresh this page.